While the Ravenswood uniform has evolved to reflect changing fortunes and fashion, the school crest has undergone minimal change, thus maintaining the integrity of Mabel Fidler’s original 1901 Ravenswood crest.

The oval shape with the words, Ravenswood Gordon surrounding the ‘torch of knowledge’, sitting above the scroll with the school motto, semper ad meliora, has always formed the basis of the Ravenswood crest. The widely accepted translation of the motto is; always towards better things. 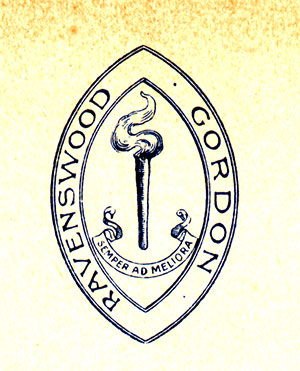